Get to know our head honcho, Clovis Young! 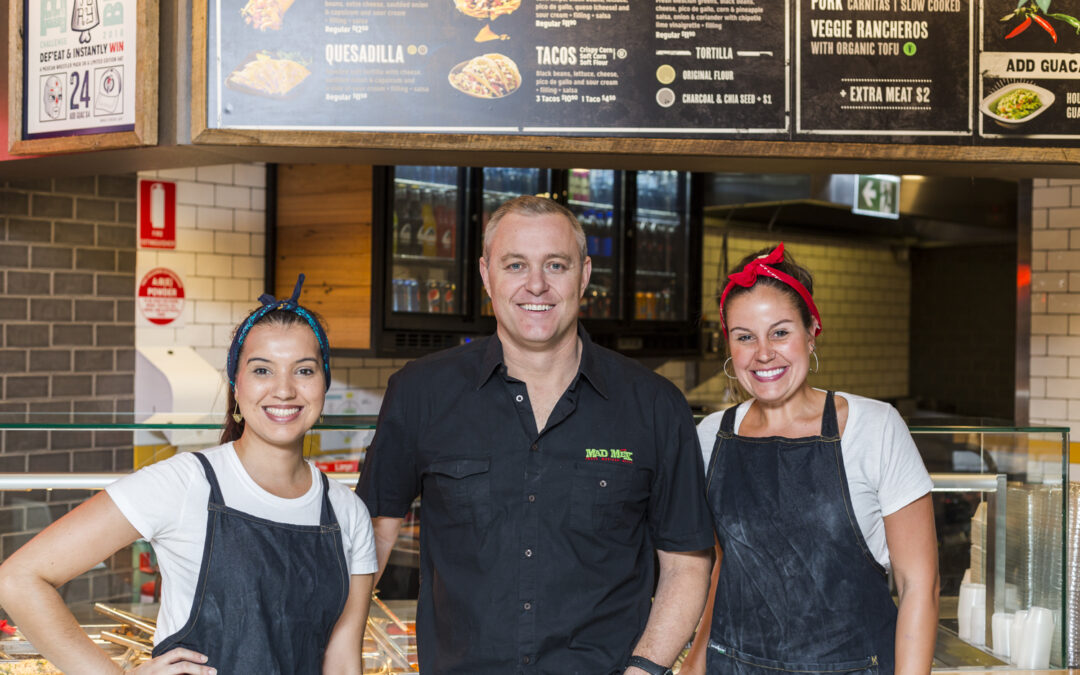 “Even though it has always promoted its healthy ingredients, Mad Mex is doubling down on what it views as a major point of difference.” Our amigos know that to be true, and Money Magazine, in a profile on our founder and head honcho, Clovis Young, discovered just why our commitment to fresh fuel for life is more than a marketing tag line – it’s a genuine commitment.

You may not know where the story of Mad Mex started, but it’s a good ‘un: Clovis fell in love with Mexican food growing up in California with a healthy appetite for surfing and water sports.

“After four hours in the water, you buy a burrito with rice and beans and guacamole, and the juice drips down your chin,” he said in the profile.“It was the best thing in the whole world. I really fell in love with Mexican food.”

Then he moved to Australia and discovered something: Mexican here was known for being heavy, oily and fatty. It provided a big flavour hit when out with friends, sure, and that was fun once in a while, but it was also not truly representative of the authentic Mexican food culture, which is all about wholesome, fresh, simple eating.

The rest, as they say, was history. Clovis launched Mad Mex to give amigos the real deal, and it was an immediate hit for anyone that wanted a good hit of good food to fuel their active lifestyles.

Now we’ve got restaurants across Australia and New Zealand, and we keep looking for ways to expand and continue delivering only the best in authentic cuisine. Our ever-expanding vegan range (get it cheaper on Meatfree Mondays!) is symbolic of our commitment to helping our familia look after themselves, without compromise to flavour or convenience.

“Finding something meaningful to do with my life was considerably more fulfilling than finding something that pays well,” Clovis said in the Money profile, highlighting the real passion that drives everything we do at Mad Mex.“I am here doing this, not because the money is great, but because it’s closer to a calling.” 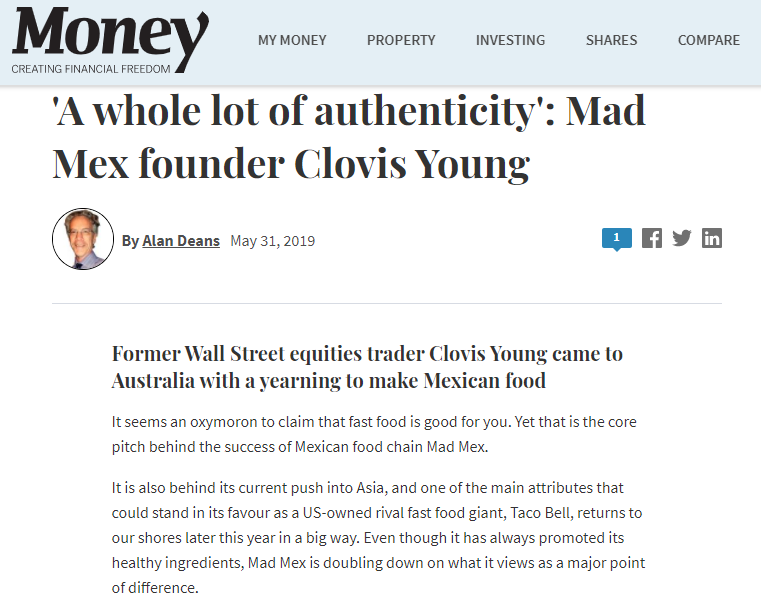 Prev Article « We’re proudly fuelling the next generation of superstars Next Article » International Student Amigos In Melbourne! We’ve Got Something Special Just For You!